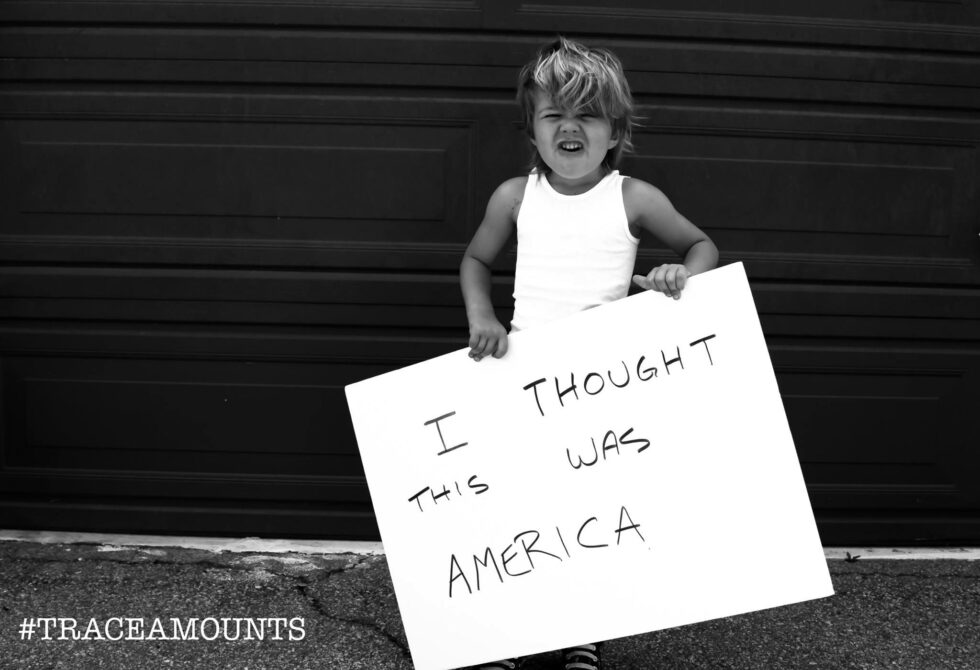 This image of the American flag struck me today when I stopped at a gas station here in Fairfield. 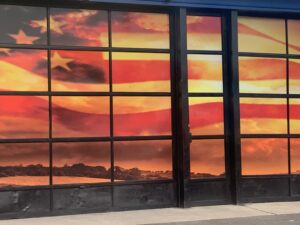 Pre-Covid, I probably wouldn’t even have noticed it. I didn’t know what it actually felt like to be a proud Patriot, nor would I have any frame of reference for understanding just how incredibly deeply I value that little underrated thing we call “liberty”, right alongside the pursuit of happiness and living your life versus fearing death.

By the way, since it’s your life, it gets to be your version of happiness, not the “one-size-fits-all culture” that you have been subconsicously programmed by since birth.

You know the one – Be a good girl or boy. Do what you’re told. Don’t question authority. Don’t stand out. Fit in. Go to school and learn a lot of things that you are unlikely to utilize in real life,  study history that is not totally accurate, if not completely untrue. Then go to (an inordinately expensive college), get a “good job” (whatever that means), get married (why wouldn’t you – are there people who actually say “I don’t want to get married”? Facinating. How sad for them to spend their lives “alone”, poor souls), and have children (is that also a conscious decision people make? I mean, EVERYONE has children, don’t they? Won’t they regret if they don’t). Work yourself to death, have your face buried in handheld device that takes you away from creating real relationships when you aren’t working so you can “keep up” on everything, go to porn sites and watch other people having sex when your partner is in the next room (or bed next to you), and then “retire”. If you don’t die of cancer in from all the toxicity being dumped into you and onto you, stress, and being spiritually disconnected from yourself, your Source, and living a life that doesn’t feel aligned, joyful and adventurous to you.

We live in America. Which means, well, used to mean, that we get to choose how we roll, as it relates to our bodies, our health, our property, what we own on that property, our businesses, our ability to be out and about and travel freely, and most importantly how we raise our kids.

“Sovereignty” is a word I use daily now, a word I hadn’t really conceptualized or incorporated into my vocabulary until this “Covid Pantomime”, as https://sachastone.com/so eloquently calls it. was unveiled (yes, it’s been planned for awhile now).

As our civil liberties have been slowly encroached upon, or should I say alarmingly fast-tracked and accepted & adhered to by the *perceived* majority, including but not limited to ridiculous, unhealthy mask requirements, cruel social distancing tactics, FLAWED mass testing (which the inventor, Kerry Mullins, would be the first to tell you is NOT a reliable way to diagnose Covid , “case” hysteria, untruthful reporting, and unconstitutional, dangerous vaccine mandates, so many more of us are gonna have to start calling BS. We have to see it first though. If someone you love or know enough that you have respected in the past is questioning the unrecognizable country we are finding ourselves in on the first day of 2021, don’t blindly reject them and write them off. Get curious. Talk to them. Have dialogues. Real dialogues in-person or by picking up the phone and chat and seek to undestand versus being understood.

Of course, if you are cool with living in a Communist country, by all means, remain silent and compliant, but please be kind enough to allow others to question, comment, reason things out, and exercise their Consitutional rights without shaming, abandoning, and self-righteously telling them how ignorant they are, or worse, question their character and integrity when their beliefs “don’t make sense” to you.

Kindness means creating a space, online and face-to-face, for each and every person to feel safe to express what’s in their heart and head, out loud, without fear of getting dropped like a hot potato by people you’ve known for lifetime, decades, or a few months. Modeling such behavior for our kids who we pay lip service to regarding caring about empathy, diversity and inclusion and accepting each other’s differences, but then badmouthing their parents or not allowing their kids to come to your house because you question the health and efficacy of mask wearing, or the planned Covid sham all along, is not only a disservice to them, but also outright hypocritical. We can’t keep talking out of both sides of our mouths.

2021 is here! Let’s approach everything in the new year with curiosity, an open heart & mind, and an undying commitment to uncover the truth, even if it may different than what we have believed, courage to tell the truth, especially when it’s scary, and a willingness to live your truth, whatever that means to you, with the common courtesy and respect of allowing others to do the same. It takes courage to be kind.