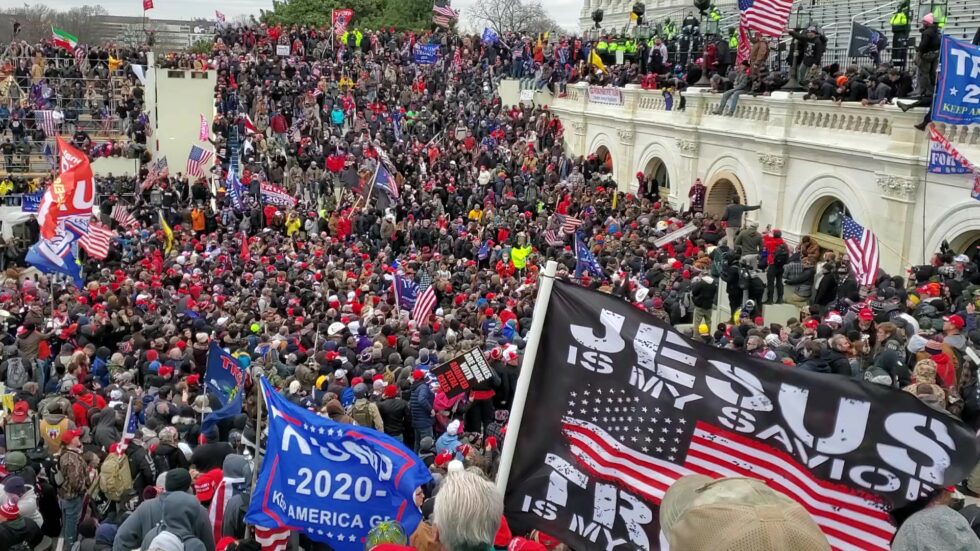 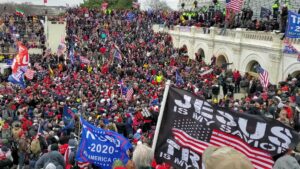 I was at the Capitol last Wednesday and this was the most peaceful, inspiring, unified event I have ever attended. The people who were willing to travel from all over the country at their own expense and miss work and pay, were not afraid of any violence occurring, because anyone who has attended a Trump rally or march knows for a fact, from experience, that they are 100% safe amongst fellow Patriots. We are talking about God-loving, truth-seeking, freedom-appreciating people of every walks of life. Moms, grandparents, Christians, Jews, Catholics, kids, LBGTQ, African Americans, and lots of Chinese who are quite familiar with a Communist country looks like and are certain they don’t want to go back to that. I made friends for life while waiting for Trump to speak and have spoken to 9 people who were also at the Capitol so far since we returned, and this was 100% staged event meant to fool the American public once again. 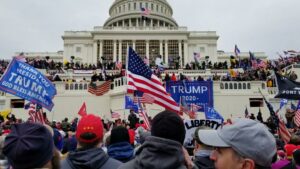 What literally breaks my heart, and quite frankly, scares me the most is not the mass deception, corruption, and evil that runs so deep in our government, media, and tech conglomerates, but the fact that more people don’t see it and are not outraged about it.
Everyone I know has mind-boggling stories of losing friends, family members, jobs, and business because of their political stance and being made to feel crazy because of it to boot. The people pulling the strings at the highest levels have done a bang-up job pitting people against each other and creating divisiveness amongst one another.

We were at the Capitol because we demand a fair election process, not because we (or at least not all of us) have the illusion that Trump is the end-all be-all savior of the world. If he lost, he lost, and we can all live with that, trust me. This is not about Trump. I don’t know what side of things he will come out on, and if I’m wrong about him loving this country and wanting to expose the Deep State, then I can live with that. We each have to do our own research, evaluate conflicting (more like diametrically opposing) information, and make the best decision we can with the data we have. What I don’t understand is having such hatred for any one political candidate at any level, much less the President of the United States, that we are simply willing to overlook and dismiss mountains of evidence of fraud, greed, and corruption in many places.

Someone said to me on Friday, “I thought you were apolitical”. When he met me 2 years ago, I considered myself independent and not fully aligned with either political party. Since this Covid charade, I’ve had no choice but to draw a line in the sand. However, as I talk about my kids, who are TERRIFIED to tell their friends I was at the Capitol event on 1/6, much less who I voted for, because their friends (really, their friends’ parents) will no longer allow them to hang out with them. This is what our world has come to. If I wanted to wear a Trump hat or put a sign in my yard, my kids feel emotionally endangered.

This is not about Trump, Biden, election fraud or Big Tech’s unconscionable censorship of Conservative voices who are actually simply trying really hard, at the very real risk and reality of losing relationships, money, and business, all while condescendingly being made to feel like they are crazy (“Are you ok?” and “I’m worried about you” are my 2 favorites), when all they are tring to do is protect ALL of our rights and YOUR children’s rights to free speech, liberty, and the pursuit of happiness, whatever that means to each of us.
Last week’s event and everything leading up to it is about discernment, self-trust, and courage. YOU decided what’s true for you, and I will decide what’s true for me, and we each get to express that with courtesy and respect going both ways, without judgement and certainty that one of is right, much less concern for physical or psychological safety.

We are far from that place right now, and, as I see God and human connection being removed from families, schools, lyrics, movies, technology, and every corner of where we spend our time, it brings me that much closer to Him, and my desire to cultivate that relationship with the Divine Source and myself.

I pray for true unity and peace and recognition that we are all One and connected. Not lip service to diversity, inclusion, and acceptance (much less celebration) of one another’s differences.

Yes, we are at a monumental, massively critical time in history where we must demand truth, justice, and freedom of choice from the supposed experts in government, health, and corporations who are *supposed* to protect us. The sooner off we realize that this is not what is happening, the better off we will be, individually and collectively.

What we each need to realize is that NO ONE is going to rescue us, protect us, or is the authority on our health, our bodies, or our children’s health, and ultimately, we are sovereign beings who get to choose where we go, what we do, and when we do it, without government, much less pharmaceutical companies’ interference, who have absolutely no concern of doing no harm and actually stand to profit from it. And worse. But if I say what that is then I’m a “Conspiracy Theorist”. I proudly identify with those who have been called the same at this point.

You decide whether you adhere to lockdowns, mask mandates, faulty testing, contract tracing, and forced vaccinations. And you get to change your mind about any decision that involves your personal health, freedom, property, and business, as many times as you want. This is YOUR life, so break free of the virtue signaling that you are doing things for other people’s “greater good”. This is all so far from “It’s just a mask”. This is all propaganda and psyops. And they are, and have been, working on a grand scale. It’s super dangerous. Don’t look back at history and say “I should have done more research”, “I shouldn’t have trusted xyz entity or person”, “Why didn’t I trust myself?”, “Why wasn’t I willing to break free of the herd and trust my instincts”? and “Is the herd, or a particular herd, really the one I want to associate myself with anyway if I don’t feel safe to express myself?” And finally, “What am I so afraid of?”

Trusting yourself and standing in your truth and integrity, even if, especially when, it’s different from the crowd, is the greatest form of kindness you can extend to yourself, the ones you love, your community, and the world.