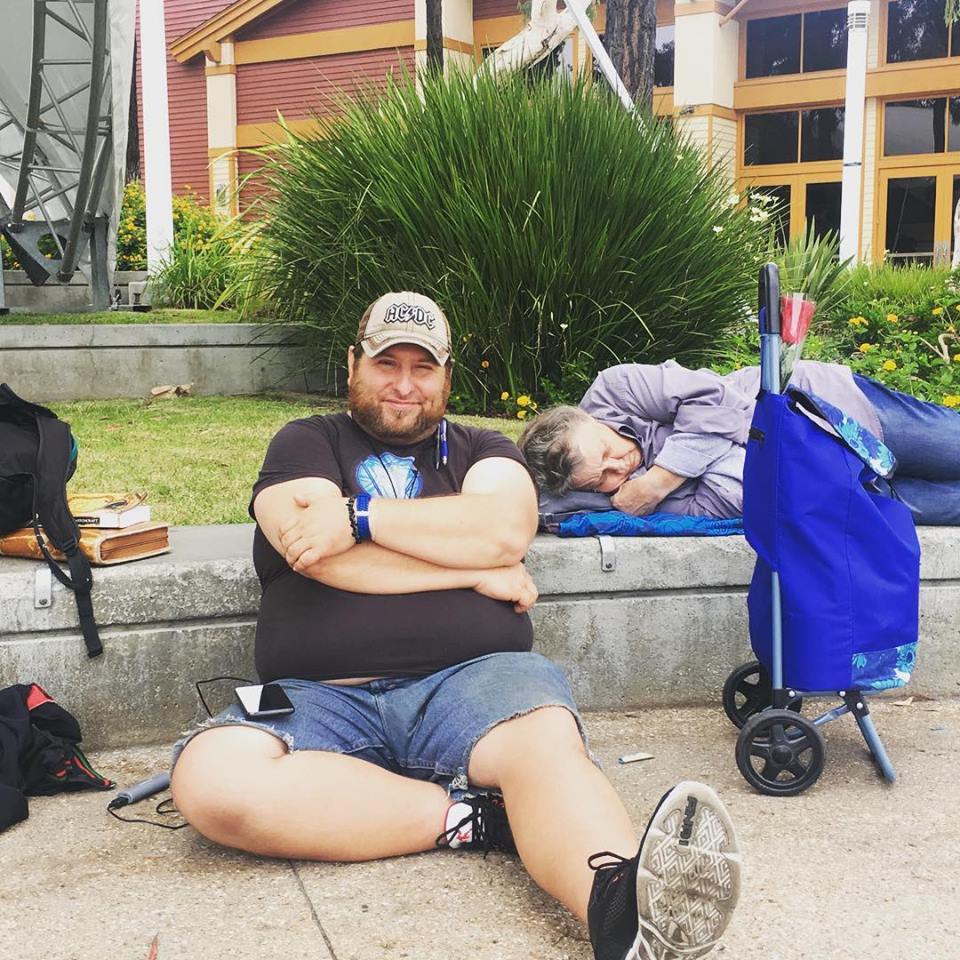 Montessori Teacher & Son Without a Home

I met this lovely guy and his mom on a morning run in Long Beach, CA.

Anyone who knows me that I feel a strong pull to talk to people who are living on the street. A friend I met on this same trip said she doesn’t like to say “Homeless”; she prefers to say “without a home”, which is such an important distinction, since after all, home is where the heart is.

He and his mom, both who are employed (his mom is has been a Montessori teacher for 30 years), lost their apartment in an electrical fire, which started in their unit and caused damage throughout the entire building.

Everyone was evacuated for a couple of months, and everyone was able to move back in, with the exception of them because their unit suffered the most damage.

They stay with friends here and there, but hate to impose themselves on any one person for more than a day or two, so they take to the streets and sleep on this park by the marina on the days they run out of funds for a motel and they feel like they have “maxed out” the hospitality of the people they know.

Like all the cities I travel to, the lower income housing options are becoming fewer and fewer as new apartments, high rises, and companies come in and build and drive up the cost of living.

The people who make lower wages obtain a second, and often, third job to try to make ends meet, and it’s often still a stretch to meet their basic living expenses. Talk to any Uber or Lyft driver in any major city,  and you will find that driving for these companies is one of 2-3 jobs they have to make ends meet.

Still, they work hard, don’t expect hand outs, and keep the faith that their situation is temporary. Although it makes my heart heavy that these people are suffering, it is also awe-inspiring to witness the resiliency of the human spirit, faith in a Higher Power, and the kindness of strangers and friends and family. I trust they will land on their feet. In the meantime, next time you see a homeless person, I encourage you to suspend judgement and ask them what they need instead.  It may be as simple as an umbrella or a warm meal, and most likely their hearts will just be warmed by the fact that you looked them in the eye and took an interest in them, one fellow human being to another.